Kourou stays an important name in Guyane, France and Europe, since the European launching path for their space shuttles is located here…
The space port supports three types of rockets to be launched from this location, the Ariane 5, the Vega and the Soyuz launchers.

Ariane 5 is Europe’s heavy duty launcher, which can bring up to 10 tonnes into an orbit around the Earth. Vega is the small brother of Ariane and only very recently developed and used as a launcher for small satellites, up to 1,5 tonnes.
The Soyuz is the Russian rocket, which can carry people to the ISS space station.

The location here close to the equator offers the best launching options worldwide, since this makes the launching very economic. The missiles launched from here can use the equatorial lift to gain extra speed by the launching. The proximity to the sea is another advantage if something goes wrong with a missile, it falls into the waters.
When we are there, no launch is scheduled, but we can still visit the entire space port.
… 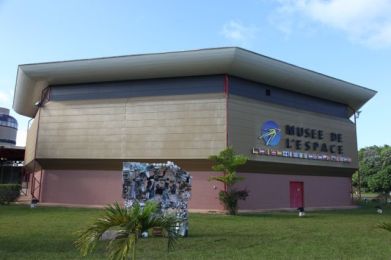 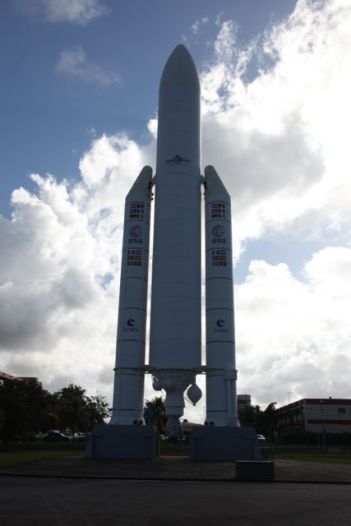 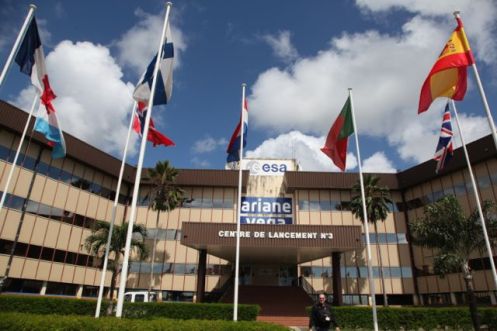 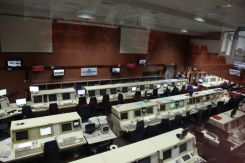