The Capital City since Genghis Khan made it the capital of his enormous
empire in 1215… In later years it was kept in pace by the Ming and Qing
dynasties, transformed (or destroyed) by wars and communism in the late
1800 till midway 1900, Chairman Mao Zedong announced the ‘People’s
Republic’ from the Gate of Heavenly Peace on the Tien’An Mien in 1949 and
now it becomes a greener and more modern hub, with some 20 million people
around you.

One thing is sure, the city is huge. The monumentality has the effect of
falling upon you. The entire city breathes grandeur and imperialism.
Everything is big or even bigger.

Even the distances you travel in the underground are massive… 15 up to 25
minutes is a normal time to go from one spot to another. Here the Chinese’s
are drumming against each other to get the first in. We baptised them
‘pushineses’… Every metro you meet a crowd of these pushineses, with only
one direction! IN! Sideways or backwards movements are excluded.

(Funnily enough, that is also exactly their driving style… Horn blowing
they cross streets and crossroads. I do not understand how we never see
them hitting each other, but I prefer to keep it that way.)

From our train we head directly to our small hostel… Located in –
surprise – a hutong in the centre of town! This narrow alleyway is a
remnant of the medieval Beijing.

The soul and spirit of the city lives and breathes among these charming and
ragged lanes, where a warm sense of community and hospitality survives. We
immediately feel this hospitality in the small family hostel we stay in! A
friendly welcome, a clean room and a city to explore…

The only achievement for our first evening is finding an excellent eating
spot in ‘our’ hutong. Since both of us are fond of Chinese food, not a hard
job with the eating culture!

During the next days we start visiting the immense city… And explore its
past.

A very important part of the city are the numerous buildings from Ming and
Qing Dynasties… The most famous ones are the Forbidden City, the Temple
of Heaven, the Ming Tombs and the Summer Palace.

They have all one thing in common, it are huge wooden structures with two
purposes… Impress the people who visit them – to radiate the heavenly
power of the emperor – and the wish of humanity to regulate and order
nature. Every building and garden is created with the utmost care, order
and symmetry, as to prevent nature to express itself. Nothing is left
behind, every detail is created, thought through and worked out.

In many cases nature is almost entirely excluded.

The standard concept of a Chinese garden are a couple of pools (eventually
with arch bridges), some pavilions and lots of stairs. Between these
elements some trees and other plants are allowed to grow…

The Forbidden City itself are numerous buildings and especially walls with
gates. By walking through, you have the impression of being imprisoned.
There is no freedom, fluidity or imagination. It is all static, logic and
huge.

When you cross the immense Tien’An Mien Square on your way to the entrance
of the city, the hugeness is only multiplied. With the image in mind from
the guy and the tank, you cross it with mixed feelings.

The greatness and almost godly status of Chairman Mao is made clear here.
Especially with his mausoleum in the centre of the square. The flagpole
with armed guards around at the end, shows the importance of the government
in general…

Inside the city, you’re an ant inside an immense anthill, with hundreds
swarming around you… Nonetheless the quality of the woodwork, masonry and
iron details is sometimes stunning. All had to be (and is) perfect!

The Temple of Heaven is luckily more garden and less building, but it is
built within very strict margins. The same goes for the Jingshan garden.

Personally I liked the Summer Palace the most, since that is the least
perfect one. It was a relaxing spot for the emperor and the empress.
Located near a lake, it offers a more relaxing environment. The Beihai
Garden is created in the same spirit… A garden-lake…

The Ming Tombs are just the same, but this time underground. 13 emperors
with their concubines and empresses are buried here. Each one has an
impressive underground tomb on a big terrain.

Nonetheless Beijing is also a modern metropole with modern architecture…
The most famous buildings are the ‘Birds Nest’ or the National Stadium
(from the 2008 Olympics), the Water Cube and the ‘Underpants’ or the CCTV
tower with its two towers, connected by an impressive air bridge. The third
highest tower in the world is also located here in Beijing, but we don’t
visit this one.

Another modern meeting place, are the many new lounge bars at the
waterfront. Sweet music, modern design and European style foods and drinks
welcome you.

A huge city with lots and more to explore, but we liked every minute we
spent in town! 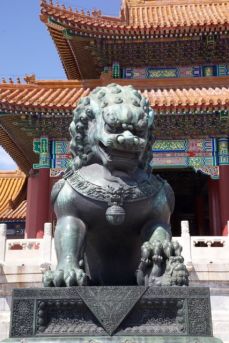 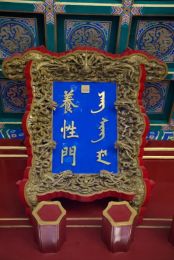 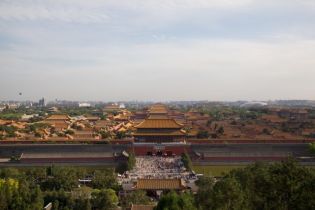 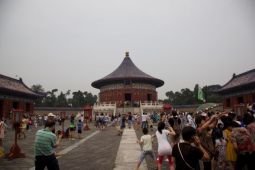 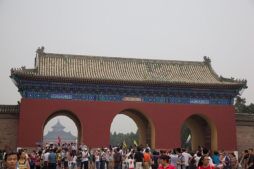 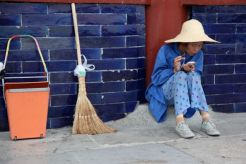 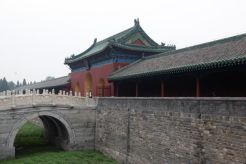 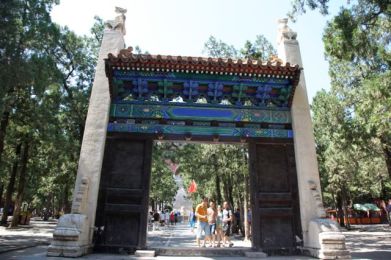 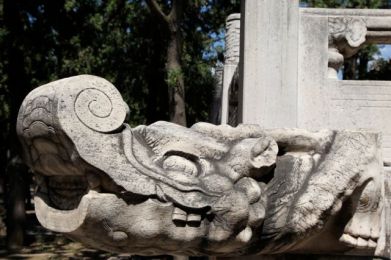 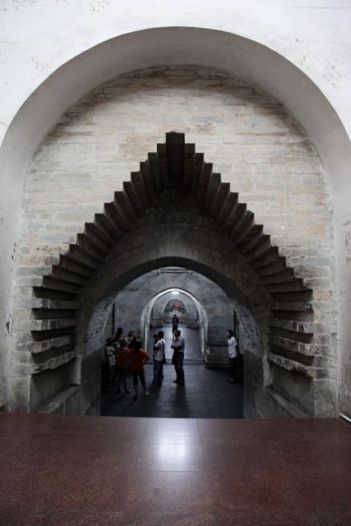 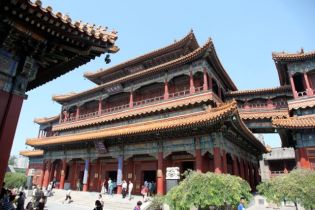 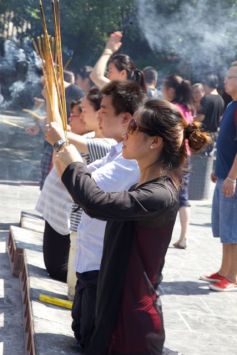 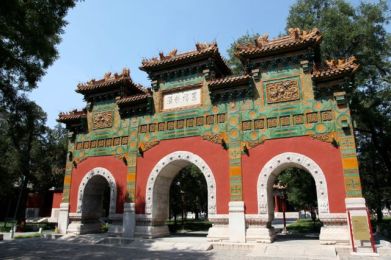 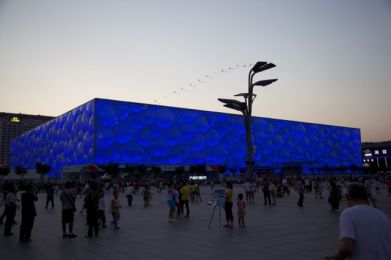 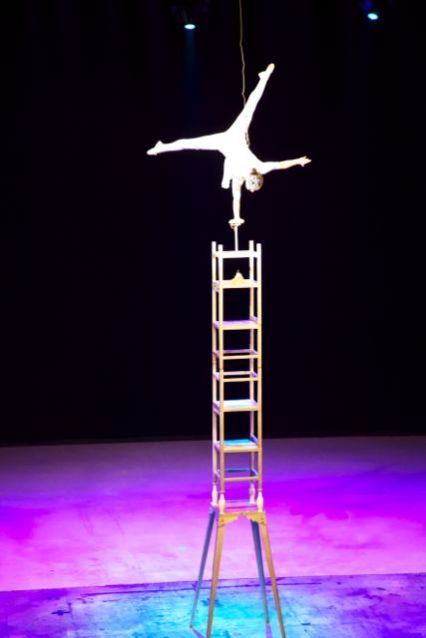 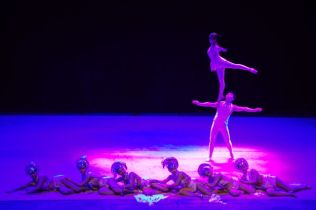 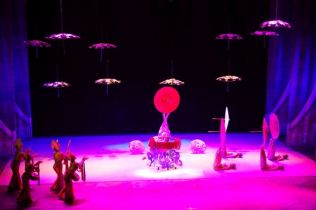 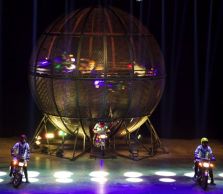