After weeks repairing the car and being struck in Alice, it feels great to be mobile again! I want to drive along some dirt roads to the famous Devils Marbles near Tennant Creek. This alternative route opened some 4 years ago and is called the Binns Track. The entire Binns is much longer, but I take just that part.
The beginning of the track starts in the East MacDonnels Ranges.

So my first stops include the Jessie and Emily Gaps. Both are places of high importance for the local Aborigines, because of the dreamtime story about the caterpillars. Emily Gap provides a nice stroll and has a couple of beautiful rock art pictures depicting these caterpillars… Jessie is not really my liking.
After that I pass along Corroboree Rock, another sacred site and then the track follows an unsealed, boggy sandroad to N’Dala Gorge. The gorge itself has some beautiful petroglyphs, stone carvings, and makes for a nice short walk. After that visit, the track crosses some small creeks, unbelievable in this dry weather and I turn off to the Trephina Gorge park. Inside a couple of really beautiful walks along the rim of the Gorge and some panoramic views are presented. I end my day on a campsite near the John Hayes Rockhole, hoping on a refreshing swim, but the hole contains only muddy water, so swimming is for another time.
The campsite is quiet and peaceful. A cosy spot to end this first day.

Today starts with a 15 km return rim walk from the Rockhole to the Trephina Gorge. Underway I pass numerous beautiful vegetation patterns, have some stunning views on the Ranges, while big parts of the trail are all burned. Nonetheless a rewarding walk.
Afterwards I continue to drive along the Binns Track. Where yesterday the main part contained the Ranges, is today one of cattle. Numerous cows walk along the way, one decides to cross the wrong way and almost hits the car… All this day I’ve hardly met people and the next parts will probably become even more remote…

The adventure continues… Just a couple of kilometres along sealed road, before the unsealed roads take over for the rest of the day. Along this part from Gem Tree till the Sandover Highway, there are no interesting stops along the road, just driving and enjoying the different vegetations.
At some parts the road even becomes half a track, sometimes hard to follow, but every time when you start feeling alone or when you doubt if you’re still driving right, a sign gives evidence that you’re still on track. During the day I’ve met only 5 cars, all of them along both unsealed highways I crossed, the Plenty and the Sandover. In between life seems to dissolve, except for a couple of cows and the ever present swarms of flees…

Another days driving in the remoteness, today I pass along some beautiful desert sceneries and silently the way becomes wetter while I head north. At some places there are huge mud parties along the road…
And at one… The inevitable… Bogged in the end… In wheel deep mud…
So there’s not much choice, make a shelter between some trees and wait till someone passes by. I tried a couple of frequencies over the UHF to no avail. After some two hours, when I finally settled down to read a bit, a car passes and pulls me out of the mud. All in all five minutes work.
Thereafter I follow these people for some km’s till the Old Police Station Waterhole in the Davenport Ranges, where I will camp for the next two days. First I put my tent and a shelter between the shade of the trees. Initially I have the feeling there are a few flees… What a luxury, till I discover that everywhere I put my feet there are ant nests. At least so annoying! The only way to escape them is leaving the ground. All in all that works well and I really enjoy the site. A big, muddy waterhole and an entire camping all but for me…
Reading, relaxing and looking at nature are my share these days.

The next stop is the Whistleduck Creek, also in the Davenport Ranges, some 120 km’s further. Another beautiful waterhole and a nice campsite are present.
Here I also discover lots and lots of flowers, green and more water. It looks plain that I’ve left the desert to the more savannah climate.

Today I finish the sand tracks of the Binns Road and drive the final 100 km’s till the Stuart Highway. I need to drive some 30 km’s south to the famous Devils Marbles, Karlu Karlu for the Aborigines.
This place is of high significance for them, because they believe this are the eggs of the Rainbow Serpent. If you take a look at the pictures, you can understand why they call them that.
In reality it are some specific erodation patterns, caused by water and wind. The stronger top layer erodes slower than the underlying layers, which causes these marbles. However I like the poetic Aboriginal explanation more…
After that I drive to Tennant Creek, but arriving on Good Friday means that the entire town is on holiday! everything is closed. So I immediately leave the town and head to the Queensland border, some 450 km’s further. There I’ll spend a couple of days in the Camooweal National Park campground before heading to another Outback experience. During my second day there, I met a friendly couple and we spend the afternoon and evening together, sharing a meal and talking a lot.

After driving the Binns Track, I have to admit that it gives a beautiful sequence of landscapes and some natural views. Maybe no really must do, but nonetheless rewarding. 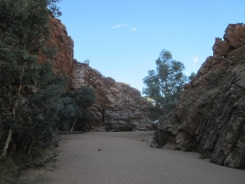 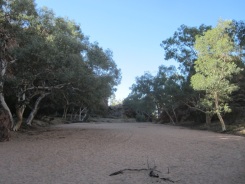 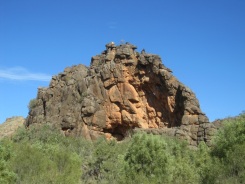 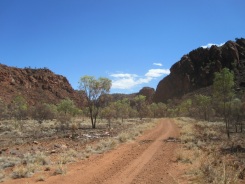 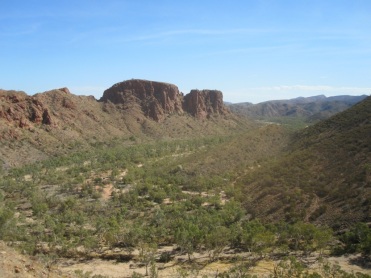 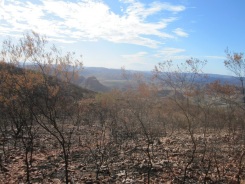 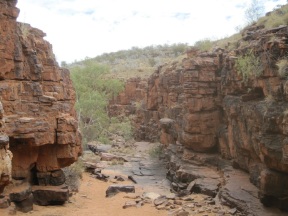 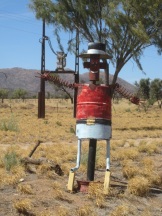 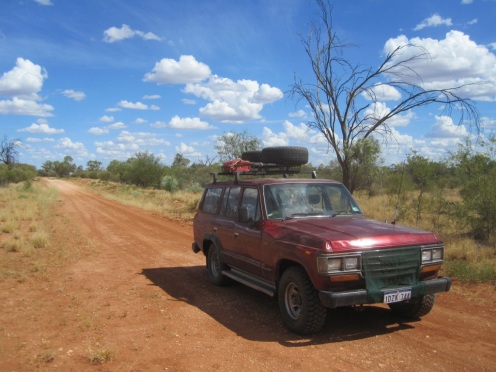 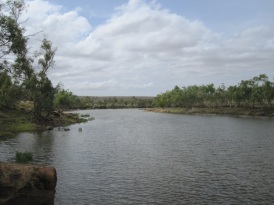 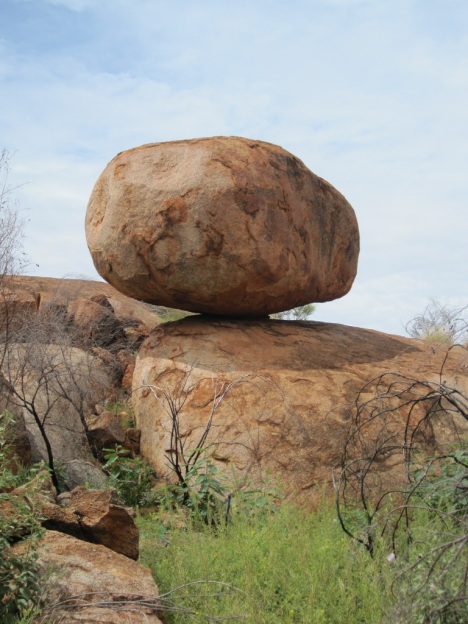 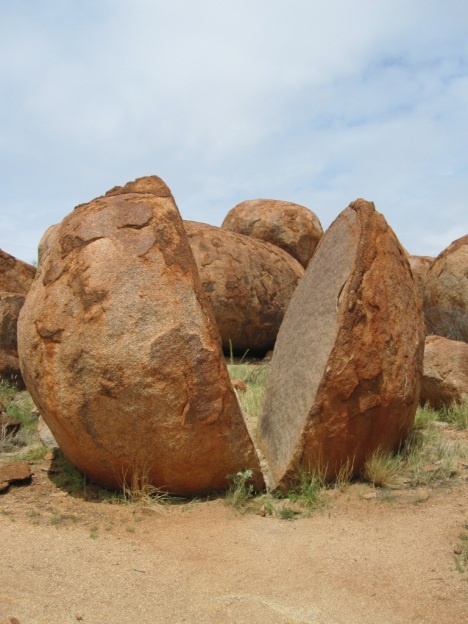 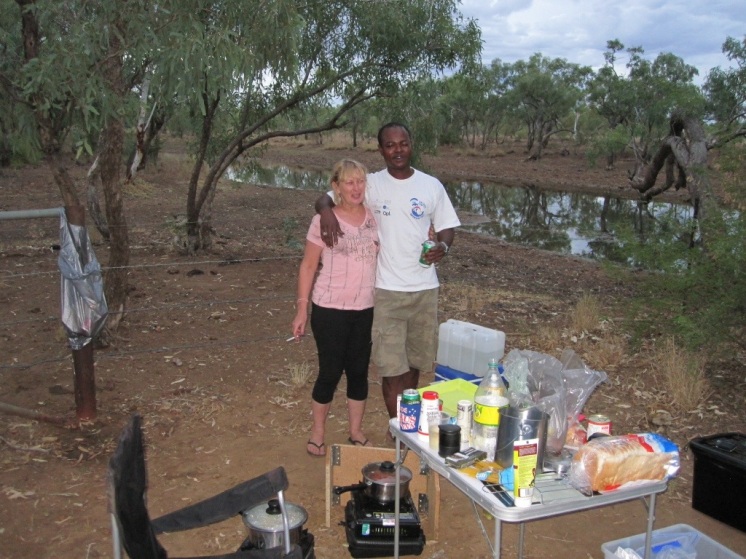