We really feel happy when we leave Suriname… The last days in Paramaribo we got a couple of times the feeling they were dragging us, a feeling we really dislike!
When we cross the border to Guyane, we are virtually in France. Guyane is one of the 5 ‘outre-mers’ departments of France. Guadeloupe, Martinique, Réunion and Mayotte are the other ones. Now we feel happy to arrive here, but 200 years ago this was an entirely different world.

Guyane was the penitentiary department of France. All the death sentenced (by the guillotine) and persons who received longer than 8 years of prison were sent to here… In Saint Laurent du Maroni was the famous camp of transportation, where the prison ships arrived. Here became everyone judged and they received their penalty.
Mostly this was hard labour in the surrounding jungles. Only half of these men survived their first year. Tropical diseases, too little food and dangerous animals asked their toll.

A famous – escaped – prisoner from here was ‘papillon’. The movie, dating from 1973, is filmed here in the encampment. A horrible place, that much is sure! But it seems that the film contradicts history in certain aspects.

Another group prisoners was further transported to the notorious ‘îles du Salut’, a group of three islands (île Royale, île Saint Joseph and île Du Diable) near the coast of Kourou.
Alfred Dreyfus, the officer wrongly convicted of treason in 1894, spent here four years in an over-guarded isolation cell. After his 4 years his case was reopened and he received a pardon from the King. Nowadays the islands feel more like a cosy Caribbean shelter as a horrible prison island… 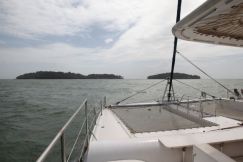 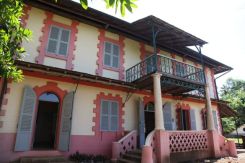 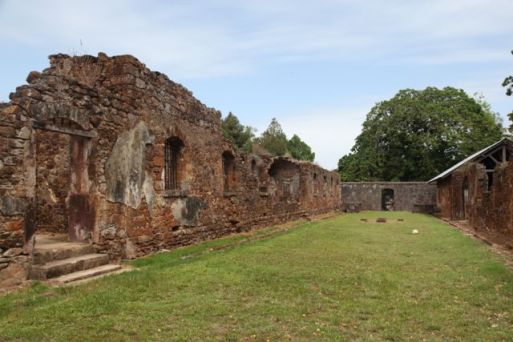 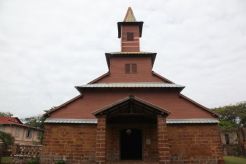 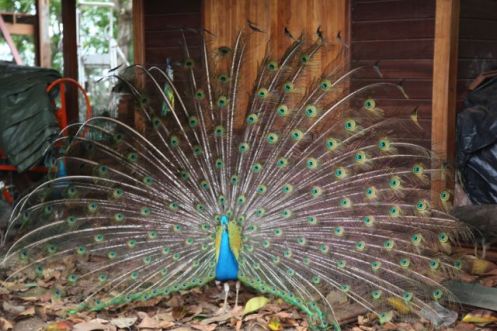