I decide to drive to Toowoomba, near the coast, along a couple of cities that lie inside Outback Queensland.
So next days are counting kilometers. The first leg goes from Birdsville over Betoota – a ghost town since 1997 when the only citizen died – and Windorah to Stonehenge. During this leg, the desert landscape changes in one with lots of trees and water. The kangaroos finally return, lots of cattle, some emoes, brolga’s and a snake under my wheels…
But best of all! Less flies with every mile crossed.

In Stonehenge I decide to make a detour, along the dinosaur trail of Australia. As a child I’ve always been interested in these reptiles and Winton is called the ‘Dinosaur Capital’, so a small detour looks nice.
The fist part are the fossilised footprints from the dinosaur stampede in the Larke Quarry NP. These are the only known of their kind in the world. After all it looks rewarding. It are the remnants of a stampede with some 3000 prints. A couple of herbivores were drinking at the lake shore, when they were surprised by a carnivore, causing the stampede. Soon after the mud with footprints were covered and fossilised until their discovery.
From there I continue to Winton, but didn’t take the fuel consumption into account… So 25 km before town, I run out of petrol. No worries, I put out my tent and in the morning I’ll lift into town.
The lifting takes four hours, but around noon I’m on my way back to Winton. A small detour along the ‘way of the river gums’ and then visit Winton. Here the officious Australian anthem ‘Waltzing Mathilda’ is said to be written by AB ‘Banjo’ Paterson, so they had to make an entire museum about the song. Because of the high entree fee – 22$ – I skip it, but the statue and song are easily found. What I can’t find in some brochures, I can locate on the Internet.
For the lovers I added two YouTube links (one cartoon version and one official event)

In the town you can also visit a Musical Fence with some bush drummer systems… And I have to admit, when I arrived, the wind made the fence sing.
By the way, on 16 november 1920, QUANTAS – Queensland and Northern Territories Aerial Service – was founded here in Winton. The local expression is that QUANTAS was conceived in Cloncurry, born in Winton and gew up in Longreach.
As dinosaur capital, all the dustbins are dinosaur footings and some 20 km out of town is there a dinosaur museum. This one is not worth a visit… They builded an entire museum around two skeletons – Australia’s biggest carnivore ‘Banjo’ and the monstrous big ‘Matilda’. For the really interested ones, there is a lab where they prepare the bones, which you can also visit.
But I stopped with the skeletons, really disappointed about the thing.

After that I drove to Longreach, the cattle capital. I camp near the selling yard, in an open field. In the morning a family of emoes passes along my car on their way. I’ve never seen them that close.
So I start my day at the big cattle selling yard – it gives room to some 6000 animals. The selling day is wednesday, today I only spot a couple of people loading the remaining cattle on trucks.
After that I pass along the QUANTAS founders museum, spot some planes outside and see an airplane of the RFDS landing. Finally I head to the Stockmans Hall Of Fame. Just to take a look from the outside.
Because of the high entree fees, I don’t feel the urge to discover the inner parts… It stay small museums dedicated to one single subject.
The rest of the day is crossing miles and passing a couple of Outback towns… Barcaldine, Blackall, Tambo and I camp near Charleville, which I’ll pay a small visit in the morning.

From Charleville I continue eastward to Roma, where I refill my supplies and pass a very big sales yard, this one can house some 12000 animals… I regret sometimes the treatment of all the cattle. When you see the cows along the road, it is hard to imagine that these beautiful animals within a couple of years will be your hamburger meat in the McDonalds.
The thing I find the most remarkable about cows, is that they always look at you with their big eyes. Curious, mostly quiet. Even in the yards, where they are stressed, they still look at you and seem to say, don’t worry about how you treat us. We keep loving you. And then they go as a herd on the truck, seemingly quiet about their destiny. They accept everything that happens to them in the extreme peace.
In a way cows are the most peaceful animals I’ve observed. Just looking and accepting their fate…
That evening I camp near Miles, after all these days of driving a very right name.
In Miles I pay a visit to the ‘old village museum’, a really worthwhile visit. A couple of old buildings with their original setting are conserved. Like the bakery, chemistry, bank, mechanic, … Normally I don’t like that old stuff, but here the village had something around.
Their collection of shells and fossil trees were simply stunning! A small, regional museum with a real story to tell! Much better than the big ones in Longreach and Winton…

Finally I arrived near Dalby… After one week driving – some 2100 km’s – I am where I want to be.
The Southern part of Queensland, where the rainforests, mountains and rivers meet each other, but the Outback trail had a nice scenery around! The changing of the landscape, the story of Mathilda and the dinosaurs, the cattle and kangaroos,… I crossed mile after mile after mile, but in some way they revealed a big natural beauty around.
To give you guys an idea about the size of this continent, I added a picture with the comparison Europe – Australia. 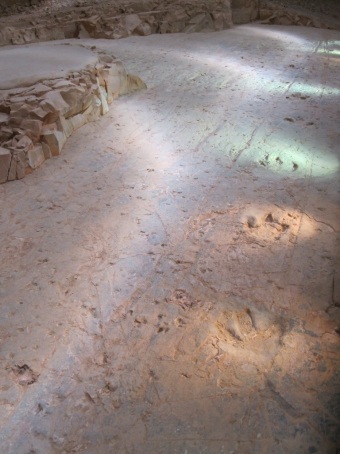 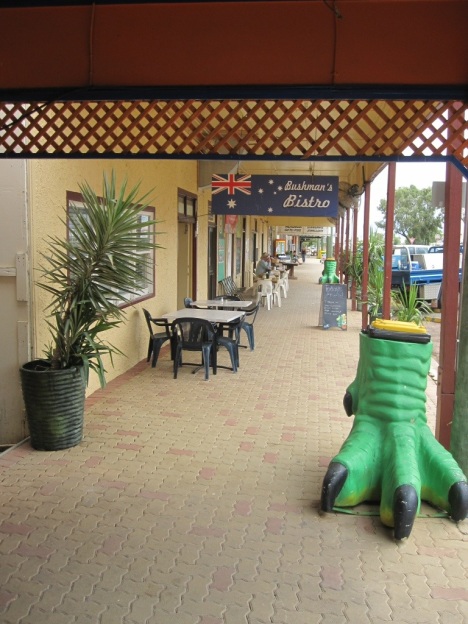 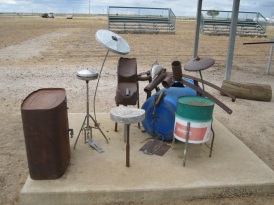 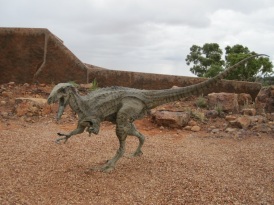 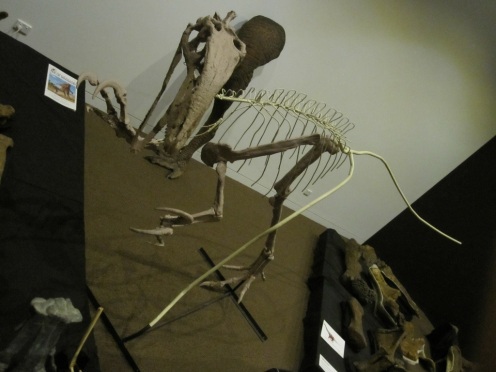 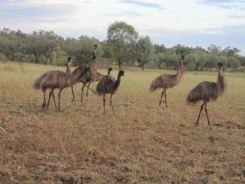 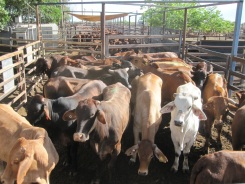 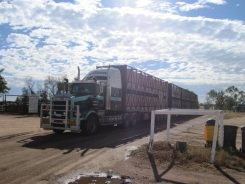 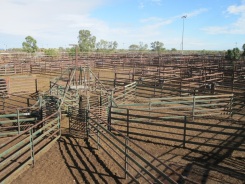 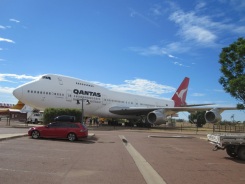 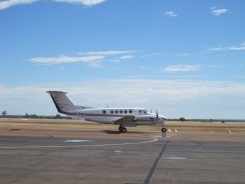 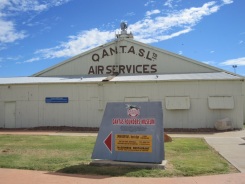 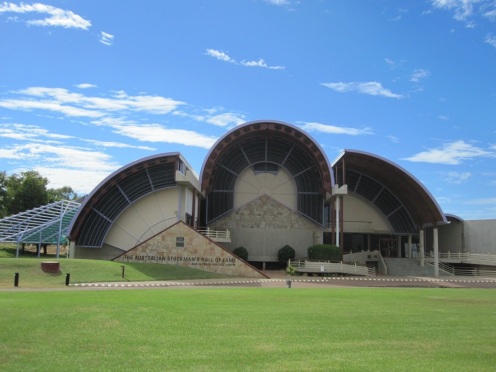 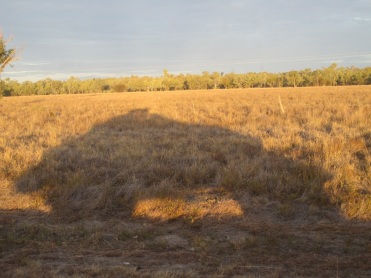 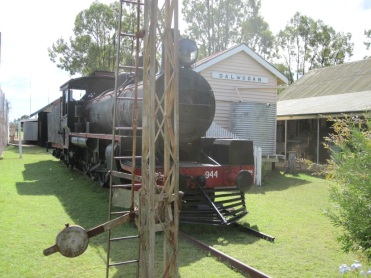 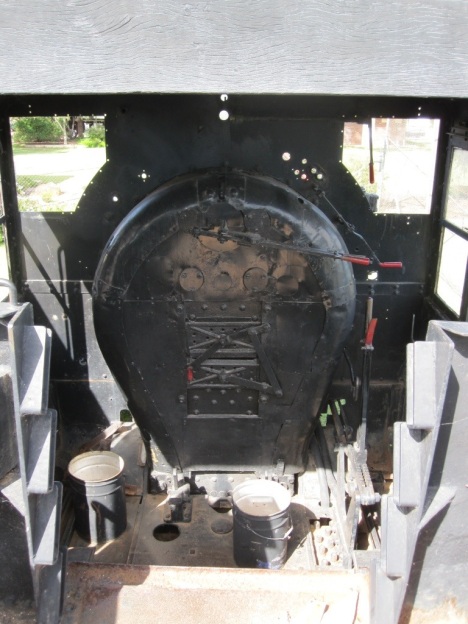 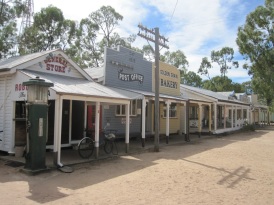 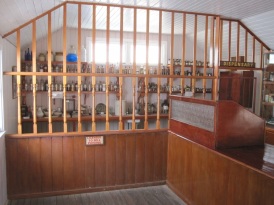 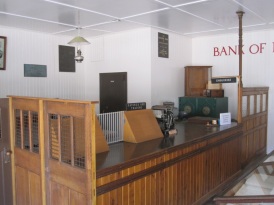 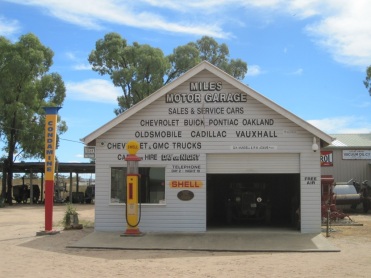 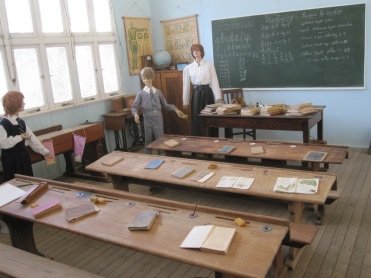 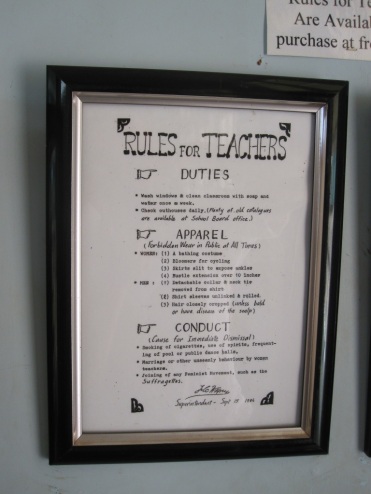 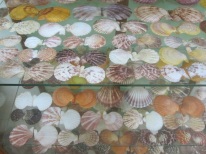 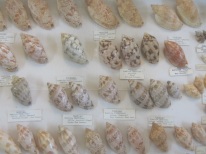 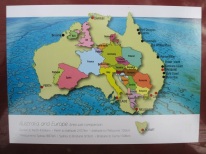 One thought on “Outback Queensland”